Did you get an Economic Impact Payment that was less than you expected? - Culver CPA Group
18355
post-template-default,single,single-post,postid-18355,single-format-standard,bridge-core-3.0.1,qode-listing-1.0.1,qode-news-1.0.2,qode-quick-links-1.0,qode-page-transition-enabled,ajax_fade,page_not_loaded,,qode-child-theme-ver-1.0.0,qode-theme-ver-29.3,qode-theme-bridge,qode_header_in_grid,wpb-js-composer js-comp-ver-6.9.0,vc_responsive

Did you get an Economic Impact Payment that was less than you expected?

21 May Did you get an Economic Impact Payment that was less than you expected?

Posted at 17:29h in Individual by edykema

Did you get an Economic Impact Payment that was less than you expected? 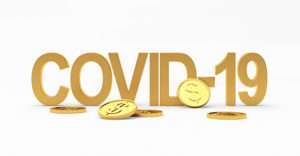 Nearly everyone has heard about the Economic Impact Payments (EIPs) that the federal government is sending to help mitigate the effects of the coronavirus (COVID-19) pandemic. The IRS reports that in the first four weeks of the program, 130 million individuals received payments worth more than $200 billion.

However, some people are still waiting for a payment. And others received an EIP but it was less than what they were expecting. Here are some answers why this might have happened.

If you’re under a certain adjusted gross income (AGI) threshold, you’re generally eligible for the full $1,200 ($2,400 for married couples filing jointly). In addition, if you have a “qualifying child,” you’re eligible for an additional $500.

Here are some of the reasons why you may receive less:

Your child isn’t eligible. Only children eligible for the Child Tax Credit qualify for the additional $500 per child. That means you must generally be related to the child, live with them more than half the year and provide at least half of their support. A qualifying child must be a U.S. citizen, permanent resident or other qualifying resident alien; be under the age of 17 at the end of the year for the tax return on which the IRS bases the payment; and have a Social Security number or Adoption Taxpayer Identification Number.

You have some debts. The EIP is offset by past-due child support. And it may be reduced by garnishments from creditors. Federal tax refunds, including EIPs, aren’t protected from garnishment by creditors under federal law once the proceeds are deposited into a bank account.

If you receive an incorrect amount

These are only a few of the reasons why an EIP might be less than you expected. If you receive an incorrect amount and you meet the criteria to receive more, you may qualify to receive an additional amount early next year when you file your 2020 federal tax return. We can evaluate your situation when we prepare your return. And if you’re still waiting for a payment, be aware that the IRS is still mailing out paper EIPs and announced that they’ll continue to go out over the next few months.